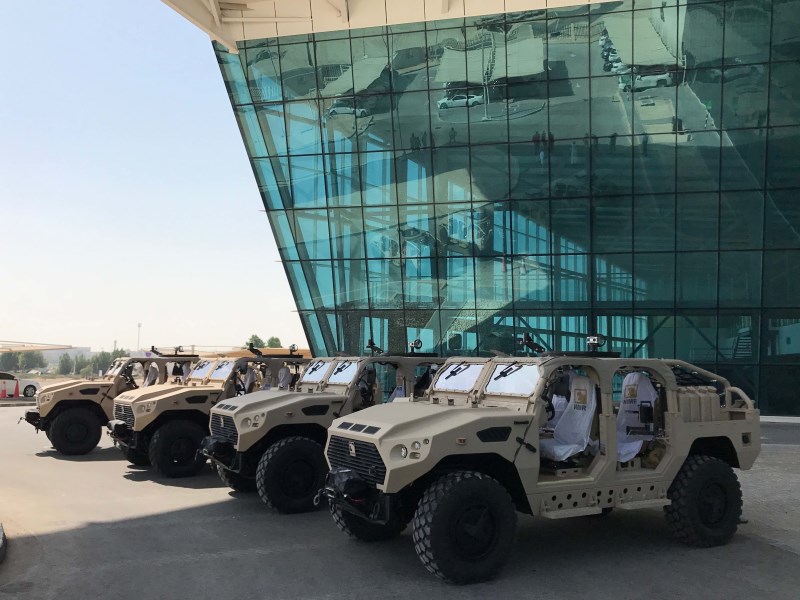 Bangkok, 05 November 2017 – NIMR Automotive, a subsidiary of the UAE’s Emirates Defence Industries Company (EDIC), has today announced its first international contract to export its vehicles outside of the MENA region through an agreement with the Ministry of Defense and Armed Forces of Turkmenistan.

The announcement was made just ahead of Defense and Security Exhibition 2017, Bangkok, Thailand, where NIMR is exhibiting a range of its leading vehicles, developed to address the threat landscape of Central and Southeast Asia.

Speaking on the importance of the announcement, NIMR’s CEO Dr. Fahad Saif Harhara Al Yafei said, “Our contract with Turkmenistan represents an important milestone for our company as it validates the quality and competitiveness of our vehicles in the global marketplace. Furthermore, it illustrates the close and enduring relationship between the UAE and Turkmenistan.”

The agreement follows the steady growth of NIMR’s relationship with the Ministry of Defense and Armed Forces of Turkmenistan. Previously, eight NIMR AJBAN 440A vehicles, provided to Turkmenistan through a government to government arrangement, underwent extensive trials before being operationally deployed in a border security role.

Receiving high marks for quality, durability and mobility against the rough terrain of Turkmenistan’s border region, the Ministry of Defense decided to advance its relationship with NIMR to a formal status, requesting an undisclosed number of AJBAN LRSOVs in bespoke configurations. The vehicles are designed for long-range reconnaissance missions, and are helicopter transportable, capable of accessing all terrains and customisable to accommodate a range of specific equipment.

NIMR formally delivered the vehicles in October where they were featured at the Turkmenistan Independence Day Parade.

NIMR is the leading manufacturer of light and medium-weight wheeled military vehicles in the Middle East and North Africa region, based in Abu Dhabi, the United Arab Emirates.

About NIMR
NIMR Automotive, a subsidiary of the Emirates Defence Industry Company (EDIC) delivers highly capable wheeled military vehicles that are designed for the harshest environments, across a diverse scope of mission requirements.

NIMR’s range of desert-proven 4x4 and 6x6 vehicles are available in armoured or non-armoured configurations, with modular configurable crew capacity and payload, where protection and mobility is the focus of our design activities.

Through engineering innovation, comprehensive testing and implementation of the highest standards in design and manufacturing NIMR provides exceptional vehicle reliability and best-in-class desert performance to ensure the protection of the vehicle crews that use them.


About Emirates Defence Industries Company (EDIC)
EDIC is the region’s premier integrated national defence services and manufacturing platform, providing world-class facilities, technology and support services. Based in the UAE, the company brings together the combined capabilities of the UAE’s defence industries into a single integrated platform to enhance value for our clients, shareholders, partners and other stakeholders.

We have 1094 guests and no members online