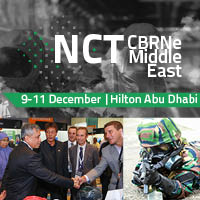 By welcoming government delegations from countries all over the region, leading stakeholders and decision makers in civil protection and crisis management, as well as CBRN defense commanders and battalions, we make sure that you meet the people that matter to your business.
NCT CBRNe Middle East will not only include a conference, but also interactive workshops, a large exhibition, and a live CBRN exercise. NCT CBRNe Middle East 2014 is organized in cooperation with the United Nations Office for Disarmament Affairs (UNODA).

For the conference program and the complete list of speakers, please visit www.cbrnemiddleeast.com

We have 465 guests and no members online