The Navy successfully completed its first Joint Air-to-Ground Missile (JAGM) flight test on the AH-1Z helicopter Dec.5 at Patuxent River.During the flight, aircrew aboard the AH-1Z navigated the missile through various operational modes and exercised its active seeker to search and/or acquire

targets, demonstrating its compatibility with the aircraft. 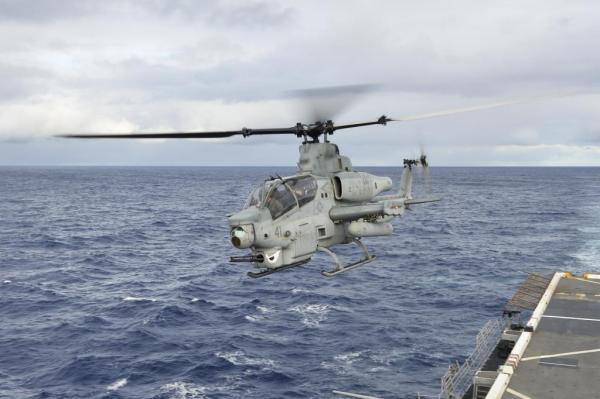 "Initial results from the flight indicate the missile performed as planned,” said Liam Cosgrove, JAGM flight test lead. “We will continue to conduct a series of tests to prepare for live fire testing of the JAGM off the AH-1Z scheduled for early this year.”

JAGM, a joint program with the Army, is a precision-guided munition for use against high value stationary, moving, and relocatable land and maritime targets. It utilizes a multi-mode seeker to provide targeting day or night in adverse weather, battlefield obscured conditions and against a variety of countermeasures.

JAGM is managed by the Program Executive Office for Missiles and Space, Redstone Arsenal, Alabama. It will initially be employed on the  AH-64 Apache and Marine Corps’ AH-1Z helicopters and is compatible with any aircraft that can carry Hellfire missiles. The Army will will complete a 48 shot test matrix by May 2018 on AH-64 Apache .

We have 1150 guests and no members online