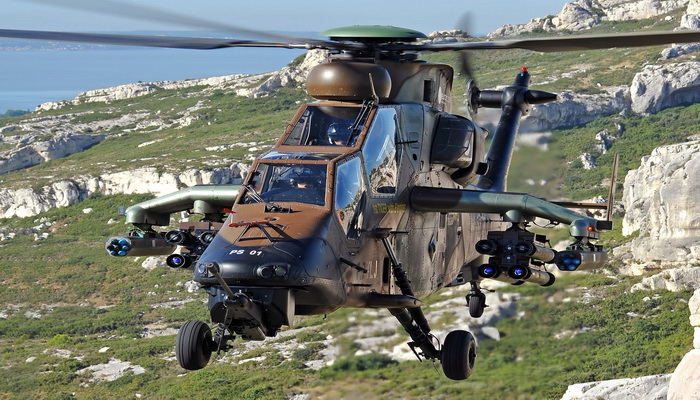 The first of 36 retrofits ordered by the French Ministry of Defence
Airbus Helicopters has delivered the first Tiger retrofitted into the HAD version to the French Army Aviation, after having previously completed its formal acceptance process with the French Defence Procurement Agency (DGA)

This retrofit from the HAP to the HAD version involves performing over 100 airframe
modifications and installing over 1500 new parts and 250 electrical cables.
Compared with the previous HAP version, the HAD Tiger benefits from an increased
maximum take-off weight (MTOW), and is equipped with two new enhanced MTR 390 E engines and with a new STRIX roof mounted sight system complete with a laser designator that allows the Hellfire II air-to-ground missile to be fired.
This retrofit is the first of 36 retrofits from HAP to HAD ordered by the French Ministry of Defence. For this Tiger retrofit program, Airbus Helicopters has set up a new industrial organization, combining both teams from its Military Support Center France and from its Tiger serial production Final Assembly Line.
“This retrofit is considered a priority for the French Army and will allow us to have a perfected weapon system and a homogenous fleet. The first HAD Tigers have been combat-proven since 2014 and have shown their wide range of capabilities daily in demanding theatres of operation” said the French Army Aviation Command.
“We are pleased to have achieved this first delivery in accordance with the specifications of our customer” said Alexandra Cros, head of governmental affairs France at Airbus Helicopters. “This Tiger retrofit program will give the French Army Aviation the additional capabilities they require in order to perform their most demanding operational missions”, she added.
The Tiger HAD is Airbus Helicopters’ multi-role attack helicopter. It is designed to perform armed reconnaissance, air or ground escort, air-to-air combat, ground firing support, destruction and anti-tank warfare, day or night and in adverse conditions.
The Tiger attack helicopter has proven its capabilities during operational deployments in Afghanistan, the Central African Republic, Libya and Mali. In service with the armed forces of France, Germany, Spain and Australia, the global Tiger fleet has logged over 92,000 flight hours to date.

We have 787 guests and no members online