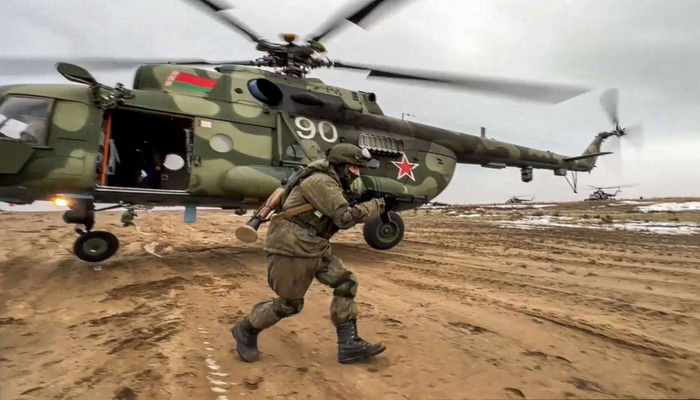 The concept of power politics today appeared clear and evident in the process of the invasion of Ukraine, where the policy of power gave priority to the Russian national interests as a pretext for condescension over the interests

of other countries and the international community, and thus justified what the world witnessed today from the beginning of the Russian invasion of Ukraine to protect its interests, the military operation began after the sequence of receiving the command The combat operations of the highest level, where the Russian President Putin, in a televised speech before dawn, called on the Ukrainian army to lay down its weapons, and that was announcing the start of combat operations at 06:00 in the morning, to begin a few minutes later, the aerial and missile bombardments carried out by the ballistic units of Iskander, Kalibr, X101 missiles and rocket artillery , was preceded by a large-scale cyber attack that put the Ukrainian parliament and government websites, as well as the targeted banking sites out of action, and disrupted the Ukrainian communication media. This was followed by the start of the attack on the units of the ground forces, the storming units, and the airborne forces backed by units from its ally Belarus, which took control of the main roads and axes leading to the cities Mission in the country and move towards the cities of Luhansk Obla Set, Sumy Oblast, Kharkiv Oblast, Chernihiv Oblast, Zhytomyr Oblast, and crossed the border from the Crimea, and Russian forces also attacked the cities of Odessa and Mariupol in amphibious landings. Training simulates what happened today.

The intense air, land and sea attack paralyzed the Ukrainian army, disrupted its air defense systems, inflicted numerous losses and injuries on its personnel, exposed its bases and held control and control to precise strikes, resulting in the destruction of 74 Ukrainian military facilities, including 11 airports, according to a statement by the Russian Defense Ministry. 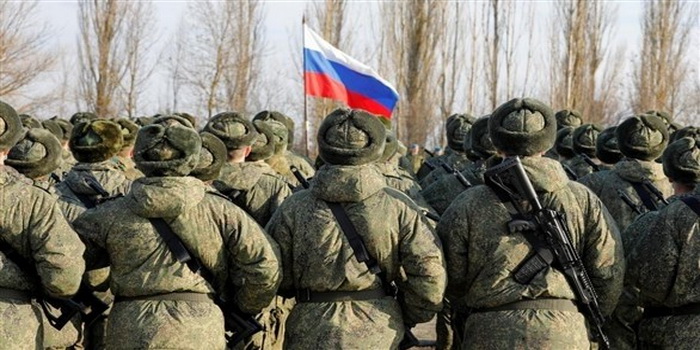 Relations between the two countries are ancient and historical. Although Ukraine has been a recognized independent state since 1991, after it was a constituent republic of the collapsing Soviet Union, the Russian leadership viewed Ukraine as a neighboring country as part of its sphere of influence, and Russian President Vladimir Putin has repeatedly spoken publicly and publicly. Frank and direct against Ukraine’s membership in NATO, and I consider this an unacceptable act and a threat to Russian sovereignty, because Russia, the traditional enemy of NATO, will be within a stone’s throw of it. One party to develop the conflict and enter the stage of confrontation and direct invasion, and this confrontation is the first between the two parties since Russia annexed the Crimea peninsula to its territory in 2014, and that was the main breaking point of tension between the two countries, after which an armed conflict broke out in western Ukraine between Ukrainian forces and loyalist separatists To Russia, which left more than 10,000 dead and about 1.7 million displaced. 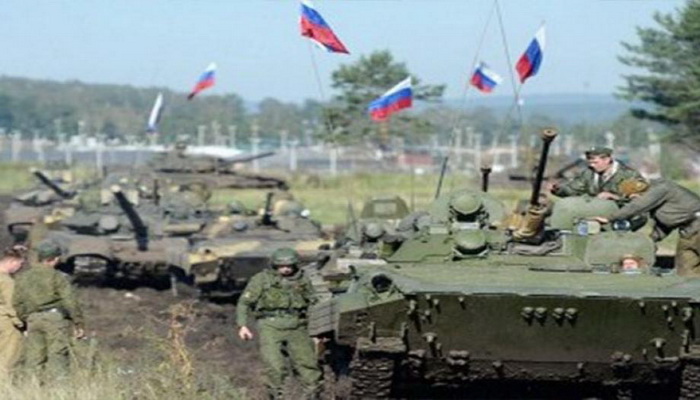 The attack was not surprising to many experts and those interested in military and security affairs. The political rivalries that took place in recent weeks did not reach a solution accepted by both parties and blessed by the countries of the world to end a crisis that may end with armed conflict and a war that does not remain or falter, but rather it has complicated the crisis, and although the matter will not be a picnic For both sides of the conflict, however, the results in favor of the Russians are decisive. The Russian armed forces have trained a lot to reach the level at which they appeared today. It suffices to know that by the year 2020, the Russian armed forces of all kinds and units will move to an advanced stage of performance and combat readiness as a result of conducting many exercises Field and maneuvers at various levels, and for this, a long plan of action was developed to reach a high level of efficiency and combat readiness over several years, and indeed it reached the planned level. 77,500 military experts for the benefit of the Russian armed forces in military units and units, with a distinguished level of training, due to the high professional experience in the field Four training and maneuvers of different levels, during which the Russian forces passed standard exercises with ratings of “good” and “excellent” compared to previous years. After the training period, there were several combat units bearing the name of the “strike unit”. 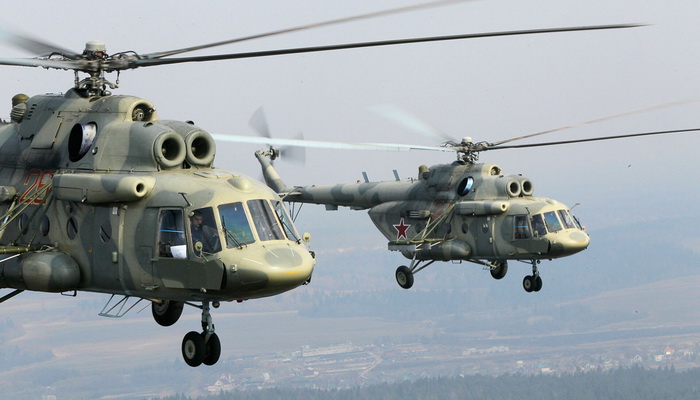 Currently, there are more than 260 military formations and units in the Russian army bearing the well-deserved name of the "strike unit", and this name is considered a testament to the high combat and tactical level that the active army units reach. A large part of these units are now in the crowded areas and their mission is to advance towards Ukraine Its operations are accurate and speedy in carrying out its tasks.

In general, Russia is considered the world's second largest military power after the United States, in terms of the striking force of the army, according to the annual assessment of the "Global Fire Power" website, which specializes in evaluating the world's armies, and the fourth in terms of military spending. operations according to their areas of responsibility.

The modernization programs of the Russian army and the armament program for the years 2018 to 2025 targeted the development of high-precision weapons, rapid response, robots and unmanned vehicles for reconnaissance and combat work, the development of modern navigation devices, drones and new types of weapons that will change the strategy and tactics of armed conflict by 2020-2025. 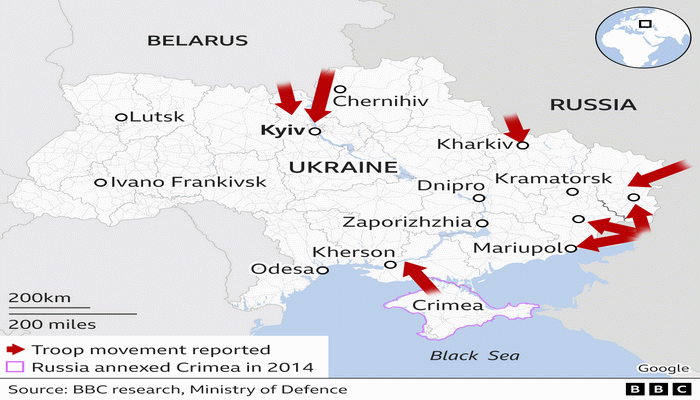 We do not forget that the Russian forces obtained a great opportunity to demonstrate the capabilities and effectiveness of their weapons during the course of their combat operations in Syria, primarily with regard to air fighters and high-accuracy weapons of long-range missiles, and raised the performance development rates of its armed forces personnel in a qualitative manner, which enhanced their sense of pride in military service. And raise their morale and confidence in their army and its capabilities significantly.

These rates contributed to providing the forces with modern weapons models and equipment to a level of 70% by 2020 and beyond. The armament control system also allowed the achievement of the Russian Defense Ministry’s plan of achievements until 2020 by improving conditions and emphasizing the integrated military infrastructure. 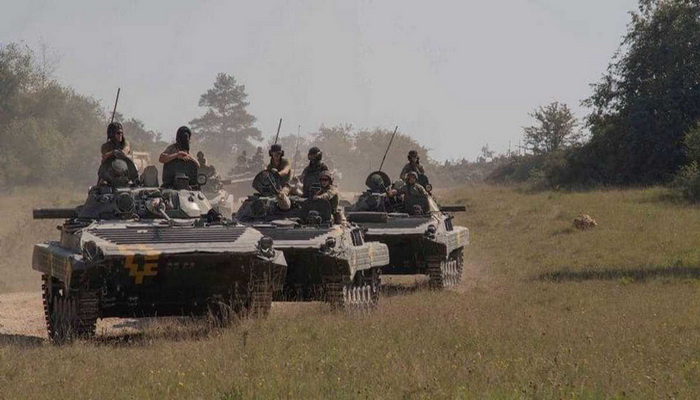 And the urgent question was... What are Russia and its armed forces preparing for with its military operational capabilities that, according to this modernization, will outperform the largest armies, and in my view even over the NATO countries themselves, whose politicians and military experts warn of the growing Russian military capacity in a way that threatens the future of NATO and the security of Europe . 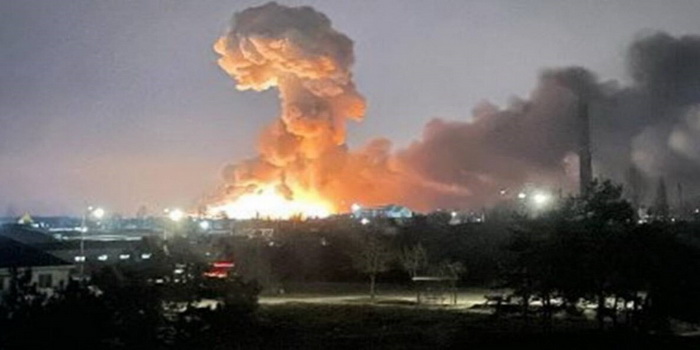 The answer today is clear, and the whole world is awaiting events. Will Russia continue to implement its planned files slowly and complete its control over Ukraine and annex it to it, or will it take a warrior’s break and stop so that the world knows the extent of its strength and resume what it aspires to at another time with political gains?

We have 1711 guests and no members online