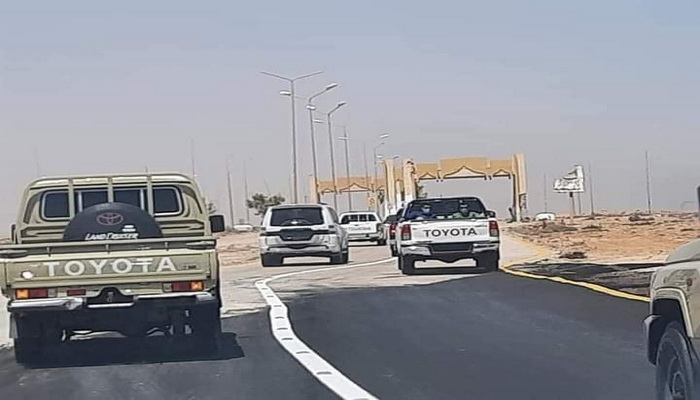 agreement signed in Geneva on October 23, 2020. At the conclusion of its meeting, the committee issued a statement in which it announced the opening of the coastal road linking East The country and its west, starting today, Friday, at eleven in the morning.
The committee reassured all citizens of the coastal road users that it is under the control of the Security Arrangements Committee of the 5 + 5 Joint Military Committee, and thus it will take all security measures professionally and completely impartially to ensure the safety and security of pedestrians.
The committee recalled what it had previously decided to prevent the movement of military convoys on the coastal road, which currently extends from Abu Qurain Gate to the Thirty Gate, west of Sirte.
The Committee called upon all official bodies and authorities to coordinate prior with the Military Committee represented by its Security Arrangements Committee regarding the movement of official figures and delegations using this road.
The Joint Military Committee appreciated the role played by the United Nations Mission in Libya to establish peace in Libya in general and to open the road in particular, as well as all the work carried out by the Committee to Evacuate Lines of Contact, the Security Arrangements Committee and the Committee to remove mines and remnants of war, which had a major role in this process.
The statement stated that, in implementation of what was agreed upon in the previous sessions, the necessity of the presence of local observers at this stage, a number of Libyan officers were assigned to monitor what was agreed upon.
The committee called on the United Nations Support Mission in Libya to quickly take measures to ensure the presence of international observers on the ground to contribute to supporting the Iraqi-Libyan mechanism. The committee reiterated its call on the national unity government to expedite the appointment of the defense minister.
The committee announced the start of preparatory measures for the expulsion of mercenaries and foreign fighters from all Libyan soil. The committee called on all countries to implement Security Council resolutions related to the expulsion of mercenaries and foreign fighters, as well as the outcomes of the first and second Berlin conferences.
The Joint Military Committee saluted the distinguished efforts of the Sirte Reconstruction Authority in maintaining the coastal road, as well as preparing the gates, praising the efforts, cooperation and support of the people of Sirte for the work of the committee at all stages.
The Military Committee 5 + 5 assures citizens of coastal road users that it is under the control of its Security Arrangements Committee.

We have 885 guests and no members online