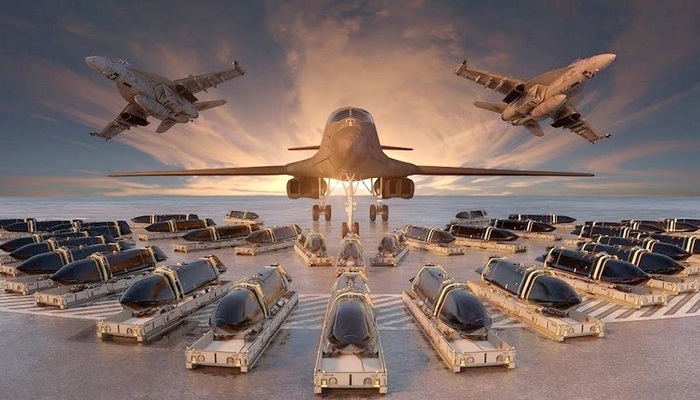 Lockheed Martin announced that it has secured a $ 414 million contract from the US Navy and the US Air Force to produce Long Range Anti-Ship Missiles (LRASM). This is the largest production contract for LRASM missiles in the program’s history

The joint Lot 4/5 contract continues production of the LRASM air-launched missile that is now in service with US Navy F / A-18E / F fighters and USAF B-1B bombers.

Daniel Helsel, LRASM Director at Lockheed Martin Missiles and Fire Control, said that focused teamwork around a shared vision with our customers and dedicated sourcing partners remains fundamental to the success of this program, and this decade reflects the growing importance of LRASM to our clients' mission. We look forward to continuing our important work and developing our capabilities and platforms.

LRASM missiles are designed to detect and destroy specific targets within groups of ships through the use of advanced technologies that reduce reliance on intelligence, surveillance, reconnaissance, network and navigation links via the Global Positioning System (GPS) in electronic warfare environments.

“The LRASM is a precision-guided, anti-ship missile based on the Joint Air-to-Surface Extended Range Combat Missile (JASSM-ER) and is designed to meet the needs of US Navy and US Air Force fighters in contested environments. The LRASM missile provides operational capability for the requirements of increased anti-surface offensive warfare. Of the US Navy. "

We have 411 guests and no members online