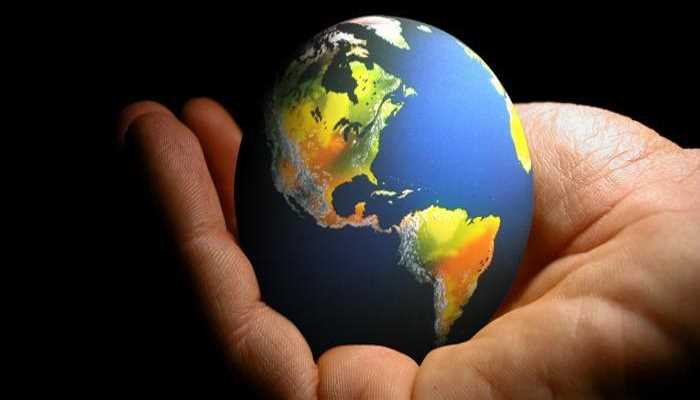 The term defensive diplomacy appeared in the West after the Cold War, which moved the conflict between the two powers to a new phase characterized by the feverish competition between them to control the world using politics and force

at the same time. Therefore, it was necessary to find an appropriate formula as a principle for working in the middle The new international security environment for organizing international activity related to defense and re-evaluation of Western defense institutions. Its appearance in Western countries does not mean that this principle is unique to them alone, but rather that it is considered a method of work that has developed according to the necessities imposed by the political and military concepts organizing international activity in general.

Defense diplomacy is an important branch of active diplomacy that countries need to develop their relations, and states resort to it in military affairs to clarify their intentions towards some events to which they are a party or that they need international participation in deciding a specific matter in relation to defense affairs.

There are many branches of diplomacy in the world of politics, there is what is known as political diplomacy, judicial diplomacy, economic diplomacy and others, and every specialized diplomacy in this regard has its tools and field of work embodied in it, but what is interesting and strange is the lack of an agreed definition of defensive diplomacy, despite its role and importance in making events at the level of countries and the world. However, it can be understood as the peaceful application of settling disputes through dialogue with the various parties concerned to achieve positive results in achieving peace and developing bilateral and multilateral relations for a country.

There is no doubt that war is an effective tool of politics, and the armed forces represent the true support for policy in its directions, and likewise politics supports the military capacity in its movements. Therefore, it is difficult to separate the political and military aspects because they overlap to the farthest limits and complement each other and support him in his mission and this integrated system cannot take Decisive decisions regarding defense and war without considering the goal behind adopting a defense policy or delaying entry into a declared war, and all of this is related to the interests that the state will gain from declaring a state of war or adopting a defense policy in the short and also the long term, and this matter requires the adoption of declared defense diplomacy that regulates the state’s status in Its international relations in a way that secures the pursuit of the objectives of its foreign policy through its interaction and its perception of what may arise in terms of changes and alliances that impose themselves, and it may also need what is known as immediate action in accordance with its interests and its declared policy through the peaceful or military employment of the state's resources and defense capabilities. Here the role of defense diplomacy and skills emerges and becomes clear. Those dealing with it to act to prevent or resolve armed conflicts

Among the tasks of defense diplomacy is preventing the outbreak of armed conflicts and reforming security sectors. Its military diplomatic circle is included within it, which is known as the activities performed and carried out by military attaches in embassies within the policy of their countries and also accommodates defense activities of a friendly nature, such as exchanging visits of delegations and military personnel at the state level, and visits to ships and parts. The navy and warplanes of various types and missions, as well as high-level specialized diplomatic representation (Defense Ministry, Chiefs of Staff, and senior defense officials) in addition to the meeting committees for bilateral military cooperation and integration, training and exercises and regional defense forums, as well as measures taken to establish awareness and enhance confidence and security, which are often linked to prevention The outbreak of conflicts and a move away from the concept of the use of force motivated by the desire to intimidate potential opponents.

Military operations are not included within the circle of defense diplomacy activities because by moving to practice fighting and giving preference to the language of arms and war, the warring parties have lost the language of dialogue and diplomacy, and matters have gone out of control to become conflict and armed conflict, and the two parties will then be in dire need to provide an appropriate atmosphere to stop the fighting and reach a state of peace that establishes a comprehensive solution. To the satisfaction of the parties, and here, defense diplomacy intervenes again and has a large share to contain the positions and to practice a kind of rapprochement in order to end the state of conflict and return to the state of peace that everyone seeks.

Accordingly, and according to the events witnessed in our world, the Commander of the Air Force of the Republic of Singapore, Major General Ng Che Khiren, defined diplomacy as "seeking to develop mutually beneficial relations with friendly countries, forces and armed forces to contribute to a stable international and regional environment

When do we need it:

The defense policy of the state overlaps with defense diplomacy, which is considered a partial tool to implement that policy at home and abroad. It defines the formula to be followed in matters of national and international security and the strategic objectives of the state and includes measures and practical procedures related to how it delegates its armed forces to ensure the preservation of the independence of national decisions regarding their security. Its sovereignty also assumes the determination of the pattern of hostile threats, defines the military field for national security, defense alliances, and combat readiness, and deals with achieving its objectives and military objectives through combat readiness, military organization, political and military relations, the role of the armed forces, and everything related to direct military and security tasks to secure the state.

To find out the most prominent stations of defense diplomacy within the Department of International Relations and Politics, we cite some models of defense diplomacy development. What is known as a conference or “Manama Dialogue” in the State of Bahrain has become a global forum to discuss many issues related to global security and military affairs in the context of strengthening defense diplomacy, such as the nuclear agreement. The Iranian crisis, the Syrian crisis, military cooperation, security challenges in the Gulf region, electronic warfare, the Arab-Israeli conflict and its impact on security and stability in the Gulf and the Middle East, and the regional and international role in security and political events, maritime piracy, the war against terrorism and other conflicts and issues in order to come up with recommendations that support peaceful solutions For various conflicts and conflicts in the world, although the decisions and recommendations of such international forums and gatherings are usually not binding, they constitute a prominent face of defense diplomacy and its escalating role in surrounding the troubles of international peace and security and a purposeful attempt to provide adequate solutions to them in a way that ensures the existence of a peaceful environment in which dialogue is of great importance and necessity. Avoiding risks and limiting exacerbation And to provide a political, security and military environment that maintains regional and global peace and stability.

We need defense diplomacy to dispel hostility, build and maintain confidence, and assist in the development of democratically responsible national armed forces, and in order to contribute to preventing and resolving conflicts. Defense diplomacy is often developed and implemented in cooperation between the Ministries of Foreign Affairs and Defense to ensure cohesion and focus in all sectors of the state.

We do not need defense diplomacy if the homeland is exposed to war and invasion, as it represents the land and the show. Therefore, that diplomacy steps aside to show strength to meet with all that could permeate this from hostilities and wars, but it is recorded in the memory of the Arabs as heroic and honorable positions, and it is indeed so.

There are many problems, conflicts and unresolved issues at the international level. Will international defense diplomacy succeed in finding effective solutions for it away from bombing diplomacy, violence and direct military interventions? Will we witness positive developments for this diplomacy to spare people the scourge of wars and the annihilation and destruction that comes to it, and will the future of nations and peoples be more Security and rationality in the face of the dangers that may arise for adults to dominate the capabilities and affairs of others ... All these questions may not be met by those who meet every now and then to decide on defense diplomacy for their countries and their allies, but it remains the dream of many simple people who want to reject violence and wars and do not know about these Diplomacy as a thing, or is defensive diplomacy part of the global intellectual luxury to tamper with the interests of others and the security of states and peoples that may not care about all those rules and norms to live in a secure and stable country.

This email address is being protected from spambots. You need JavaScript enabled to view it.

We have 1844 guests and no members online