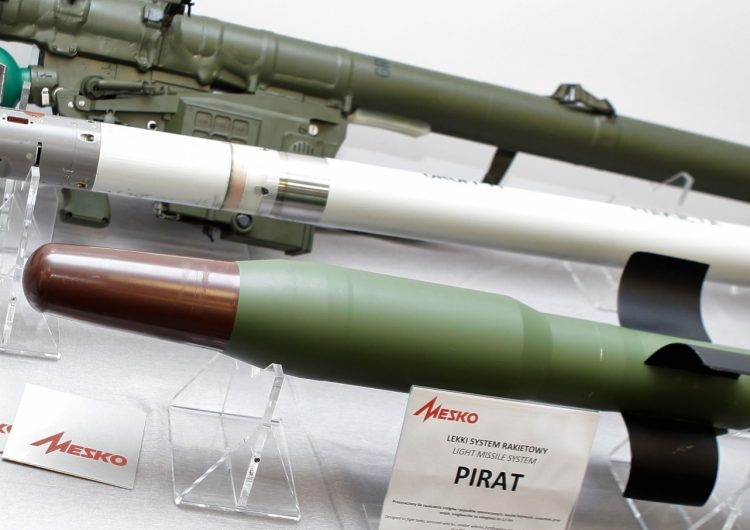 In November 2017, the Polish company MESKO S.A imported through the Ukrainian State Company “Ukrspetsexport” the components of light Pirat anti-tank guided missiles.According to the importgenius.com, a website which crawls and compiles a publicly available bill of lading data indicates

According to the MESKO company, the new Pirat is a light, portable shoulder-launched ATGM that would be capable of penetrating up to 550 mm of steel armour covered by ERA.

The tactical and technical assumptions mention the range of 2500 meters, missile weight of 10.1 kilograms (2.5 kg for the warhead) and diameter of the missile body of 107 mm.

We have 888 guests and no members online