Empty
Karancipes.. A strange battle under cover of darkness. 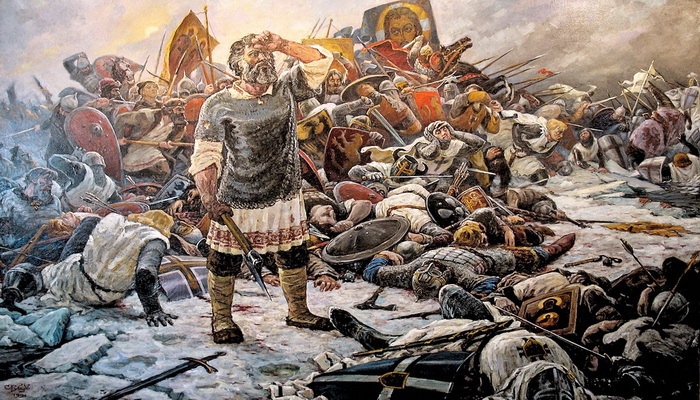 The history of this incident dates back more than two hundred and thirty years, specifically to the month of September 1788, and took place in the Balkan region within Romania in the "Karanspace" region, as part of a campaign called

"Batel". Karancipes". A bloody clash took place on a very dark autumn night, and the wine was the influencing factor!

The beginning of the incident

Joseph II, Emperor of Austria, was advanced in age, and saw that a heroic military action would be achieved in which his name would be immortalized in history. It was only from him that he made a decision to war against the Ottoman Empire, so he prepared the equipment to wage a wide campaign against the Ottomans in an attempt to recover the Balkans from their hands..it is true that the king achieved what he had hoped for entering history, but not in the way he wished.. 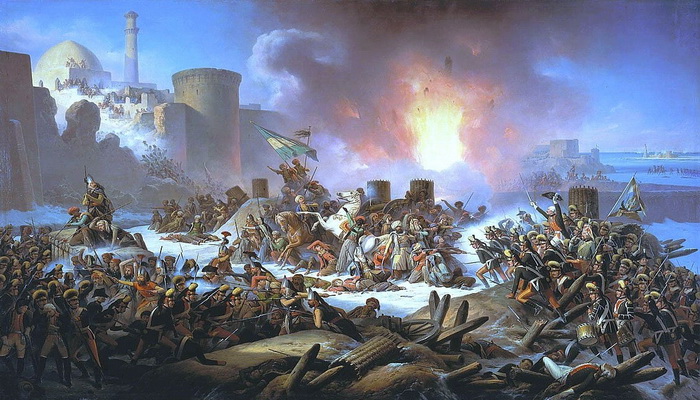 The Emperor was personally keen, however keen, to lead the campaign and prepare for it himself, so he mobilized a multinational military force, made up of Austrians, Germans, Italians, Croats and Serbs, numbering more than 100,000 armed soldiers, and they were equipped with thousands of horses, in addition to hundreds of cannons and thousands of shells. With ample other logistical supplies and sufficient supplies, the Austrian emperor and his commanders were certain they would be victorious, and with minimal casualties, but the winds had gone too far.

The position of the Ottoman army

The Ottoman forces were stationed in specific locations on the other side, and were also equipped with the necessary men, cavalry, equipment and supplies, and remained stationed in a state of anticipation and ready to fight the war at the appropriate time.

The spark of the accident

One dark night, a group of Austrian soldiers on horseback crossed the bridge to the other bank of the Danube, stationed next to it, for the purpose of reconnaissance.. Upon their arrival, they bought barrels of wine from gypsy sellers who found them there, and sat drinking until the wine played in their minds, and they kept rejoicing. Their voices got louder after they got drunk and so rioted..Meanwhile another group of foot soldiers had just arrived and approached them, hoping for some wine, but the others refused to host their fellow-comers and decided to defend their barrels, so they took They chase them to get them off their council. This provoked the infantry soldiers, so one of them recklessly started firing shots, so the other soldiers were only responding, and as a result a quarrel developed into a clash with swords and guns and a heavy exchange of fire, and the matter ended in a bloody and noisy fight between two factions of one army that left many dead in their ranks. .

They distinguish the reality of the situation. And when some commanders raised their voices when they tried to issue orders to calm down, stop the chaos and be on the alert, the orders were misunderstood, with some interpreting them as a warning referring to an attack by the Ottomans.

On the other side of the river

On the other side, most of the soldiers were asleep, and when they heard the buzzing of bullets accompanied by the surging noise, they ran up in terror, thinking that their Turkish enemy had caught them by surprise, and they saw that it was their duty to confront this enemy and implement any orders issued to them by their leaders to defeat it. However, they did not find anyone to explain the reality of the situation to them, which made them in a state of extreme panic and panic. Because of the darkness and lack of vision, in addition to the language barrier, they did not discern the reality of the situation. And when the voices of some of the commanders rose when they tried to issue orders to calm down, stop the chaos and be careful, the orders were misunderstood, as some interpreted them as a warning indicating an attack by the Ottomans. 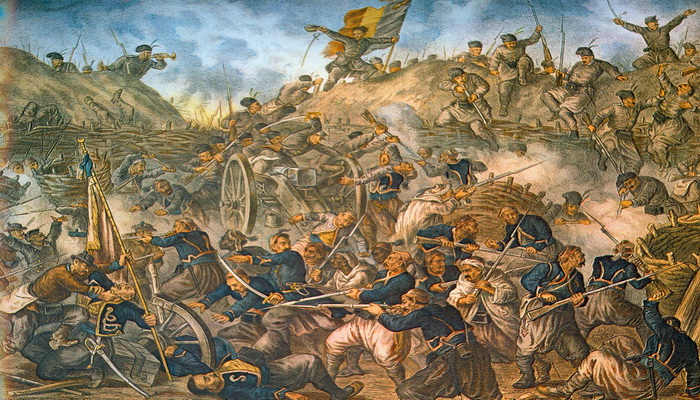 The situation created a serious confusion, and a comprehensive state of chaos and stampede spread, which made the herds of horses in turn turbulent and rush to break the fence on their way to escape. Turkish cavalry, and this is what one of the Austrian army commanders imagined, who rushed to issue orders to the artillery to open fire, and many were killed as a result. In the midst of the dark darkness, loss of control and disorder, with a lack of understanding among the members of many units due to the difference in language and confusion, the situation worsened, and disorder spread among the forces, and chaos pervaded, until the situation became so dangerous that every regiment came to think that each of the In front of him is the enemy, and deals with him on this basis. So many friendly units erroneously engaged in close combat with each other using various swords and firearms at their disposal. Meanwhile, a crowd of soldiers hid for fear of being hit by friendly fire, while others fled in huge waves of people rushing out of the front and many were run over by the crowd. On the way to escape, what happened did not prevent the soldiers from violating the sanctity of homes and committing a lot of looting in the neighboring villages.

Two days after the accident, the remnants of weapons, tents, dead horses, and other things that could be left behind by the remnants of a defeated army were piled up along the road. Meanwhile, thousands of dead were counted, in addition to similar numbers of wounded. Thus, the Austrian army defeated itself by mistake without clashing with its real enemy, while the victory was written for the Ottoman forces, which won the war without fighting any fight and without losing any of their soldiers, and thus the Ottomans were able to lift the siege and enter the village of “Karansips” without any resistance. or bother..

As for the Austrian Emperor, "Joseph II," the leader of the campaign, he died two years after the accident.

We have 1414 guests and no members online