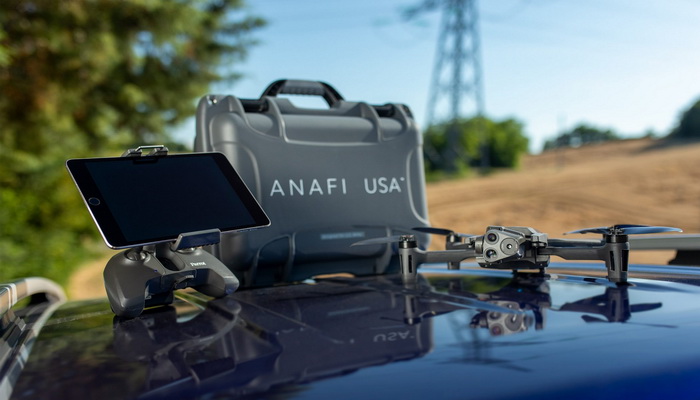 for surveillance and reconnaissance missions. A selling point is its production including no Chinese-made essential components, with the system entirely developed in France and the US.
Parrot will deliver the first of the ANAFI USA systems to the DGA in the coming months following the five-year contract. French Defence Minister Florence Parly said the country would be purchasing 300 of the systems.
Parrot chair and CEO Henri Seydoux said: “We are very proud to have won this tender from the DGA and to keep working on further opportunities with the USA. It is the fruit of the meticulous work carried out by our teams in France for more than two years, and that of 10 years of expertise.
Seydoux added: “By taking the bet of developing the ANAFI platform, designed for the general public, ruggedised for the needs of professionals, and secured for the requirements of the military forces, we have taken an important step for the group.
“In today’s world, Parrot is convinced that it is key for security forces, and armies, to rely on powerful, high-tech consumer equipment that is highly secure.”
Parrot UAS is already a supplier to the US Army under its Blue sUAS programme and to the Swiss Armed forces under its Mini UAV programme. Parrot said the drone has also been ordered by several US emergency services and government agencies.
The ANAFI USA weighs 500 grams, has a flight duration of 32 minutes, and can day and night observation. The system features two 21-megapixel cameras that can detect ‘person-sized’ targets at distances of up to 2km.

We have 720 guests and one member online