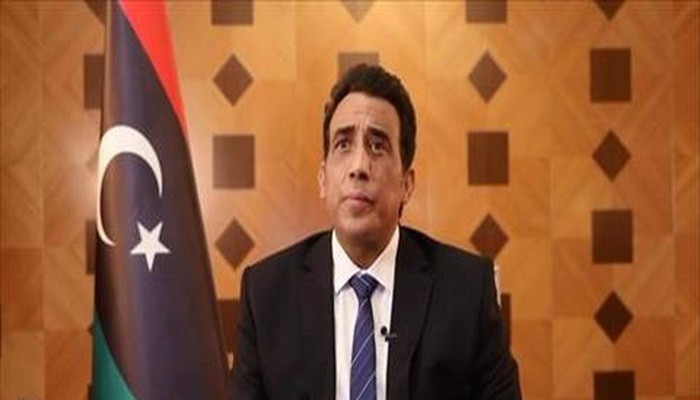 The President of the Presidential Council of the National Unity Government, Dr. Muhammad Al-Manafi stressed the opportunity to support the path of the "5 + 5" joint military committee and its support for the unification of the military

establishment. In a speech addressed to the people, the exile indicated, This evening, Friday, that the greatest effort will be focused on establishing the national reconciliation process by building its structures and providing its requirements and conditions.

Mr. Al-Manfi addressed a speech to the Libyan people in which he congratulated everyone by granting the esteemed parliament the confidence in the national unity government in a historic in serte city session after a long split.

He said, "In light of the tasks entrusted to us, we will work to consolidate and sustain peace and make room for support for the 5 + 5 military path in order to unify the military institution on professional foundations and a purely national doctrine."

It also strives to work with the Government of National Unity to create the appropriate conditions in order for it to quickly and immediately proceed to treat the bleeding and necessary files, such as confronting the Corona virus, providing the vaccine as quickly as possible, finding a solution to the electricity crisis and providing cash liquidity to citizens, and before all that, continuing the efforts made to achieve security.

As well as establishing the national reconciliation process by building its structures, providing its moral and material requirements and conditions and preceding it by consolidating the values ​​of forgiveness, forgiveness and tolerance, and upholding the supreme national interest in order to achieve peaceful coexistence and coexistence without prejudice to the principle of impunity for everyone who has committed the rights of the daughters and sons of our great people.

He also called on the international community to fulfill its obligations towards the Libyan people and implement and adhere to the Security Council resolutions, such as putting an end to negative external interference, prohibiting the supply of weapons, preserving frozen Libyan funds and assets, and providing technical support required by the stage.