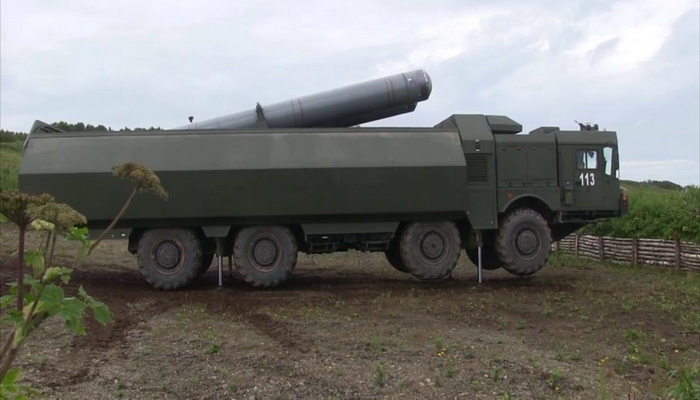 President Vladimir Putin announced that Russia to develop a new land-based hypersonic missile with an intermediate range. “It (US) has announced research and development works, and we will do the same,” Vladimir Putin said

According to the Tass news agency, Russia starting research and development works after the Trump administration officially has withdrawn from a nuclear missile treaty with Russia.

“I agree with the Defense Ministry’s proposals to start the work on ‘landing’ Kalibr missiles and developing a new area to create a land-based hypersonic missile with intermediate range,” Putin noted.

According to Shoigu, apart from R&D works on production of missiles of intermediate and shorter range, Russia has witnessed real breaches of the provisions of the Intermediate-Range Nuclear Forces Treaty (INF Treaty) by the US for some time already. “In other words, the United States has started production of those missiles,” he said.

On Friday, US President Donald Trump and Secretary of State Michael Pompeo said that Washington would suspend its liabilities under the INF Treaty starting February 2 and would quit it within six months if Russia fails to comply with its demands. The US accused Russia of violating the treaty for the first time in July 2014. Since then, Washington has been repeating its claims on many occasions, while Moscow has been rejecting them and advancing counter-claims concerning the implementation of the treaty by the US side.

We have 1389 guests and no members online