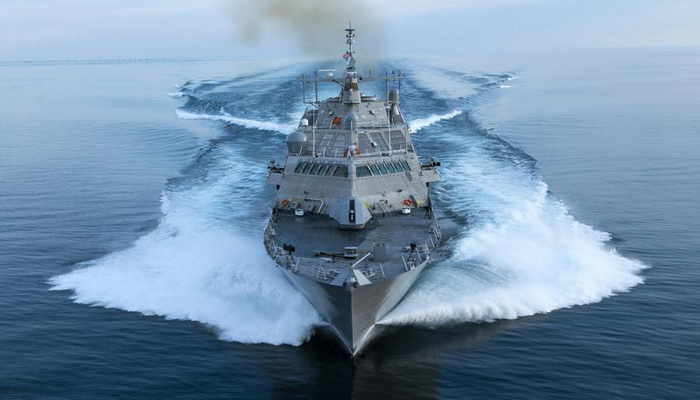 The U.S. Navy has ordered additional Littoral Combat Ship (LCS), 16th Freedom-variant LCS ordered to date. The U.S. Nav is moving on with plans to equip its fleet of small surface vessels with LCS and has placed an order

LCS 31 will be built in Marinette, Wisconsin, at FMM, the Midwest’s only naval shipyard, and is the 16th Freedom-variant LCS ordered by the Navy to date. The team will leverage capital investment and improvement in the shipyard and efficiencies created with serial production to maintain high quality at an affordable cost.

“We are excited to continue our partnership with the Navy and FMM to build and deliver capable ships to the fleet,” said Joe DePietro, vice president and general manager, Lockheed Martin Small Combatants and Ship Systems. “With the Freedom-variant in serial production, we continue to enhance efficiency and incorporate capability while maintaining ship and program affordability.”

Since the LCS program’s inception, Freedom-variant LCS production has injected hundreds of millions of dollars into local economies throughout the Midwest. The program supports thousands of direct and indirect jobs throughout the United States, including more than 7,500 in Michigan and Wisconsin.

The Lockheed Martin and FMM team is in full-rate production of the Freedom-variant and has delivered seven ships to the U.S. Navy to date. There are seven ships in various stages of construction at FMM.